From Of Guards and Thieves Wiki
Jump to: navigation, search

To create a lobby, just follow those simple steps: 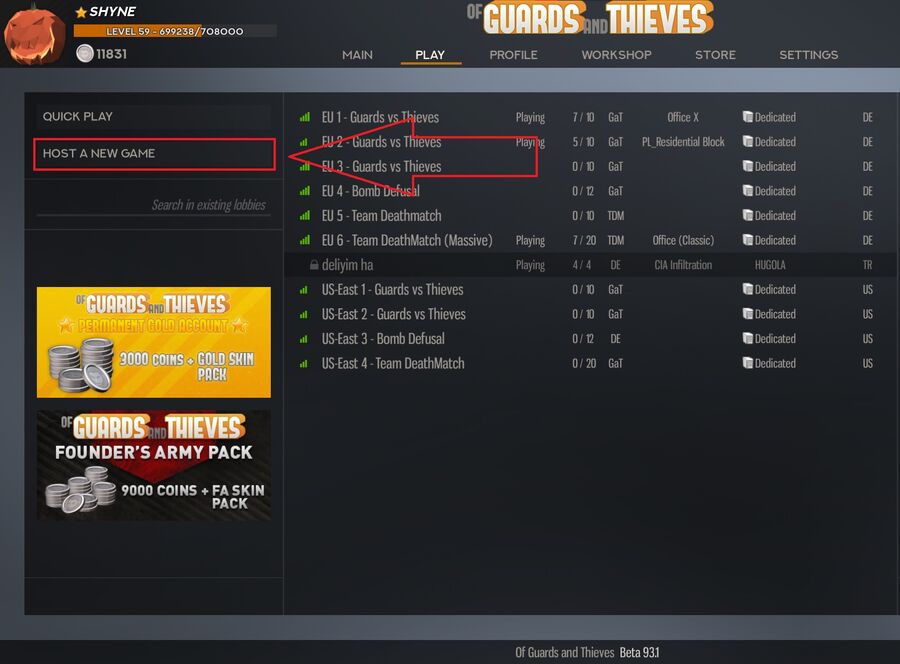 -Fill in the [1]lobby name, the [2]lobby password, set the [3]max player count allowed in the lobby.

Then, check if the [4]uPnP status, if it Failed, you can retry with the retry arrow button on the right.

Once it successfully started, you can create the lobby by pressing the [5]"CREATE LOBBY" button. 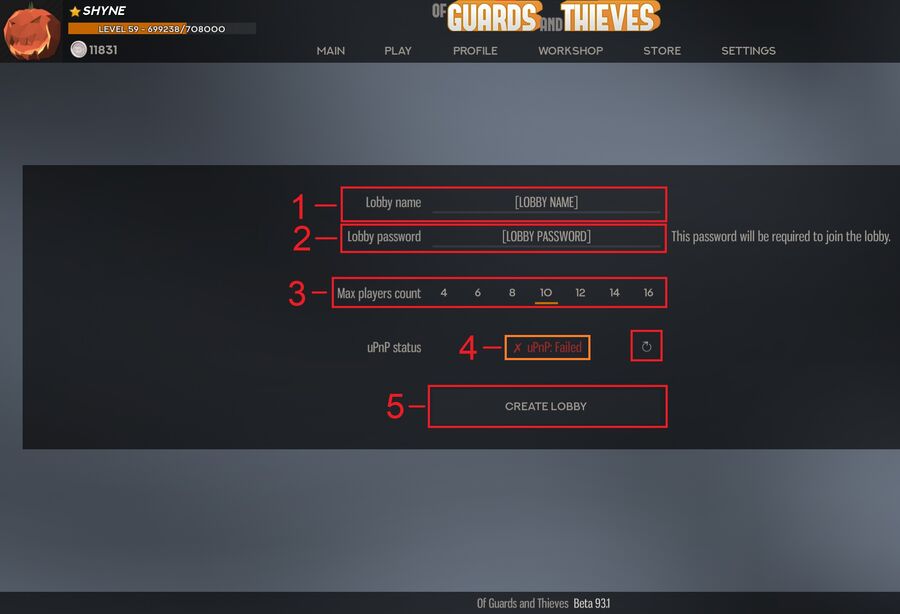 -And that's it, you created your lobby.

Settings of the lobby[edit | edit source]

In this section, we are going to go over the setting of a game lobby.[edit | edit source]

We are going to go over the main menus on the screen, and then go more in depth on each one of them.

The pannel number [1], one the left is the Map and Gamemode settings panel.

The pannel number [2], in the middle is the team list, it shows the players currently in the lobby, and in wich team they are.

The pannel number [3], at the bottom, is the team settings.

The button [4] at the bottom left is the start button, it is used to start a game. 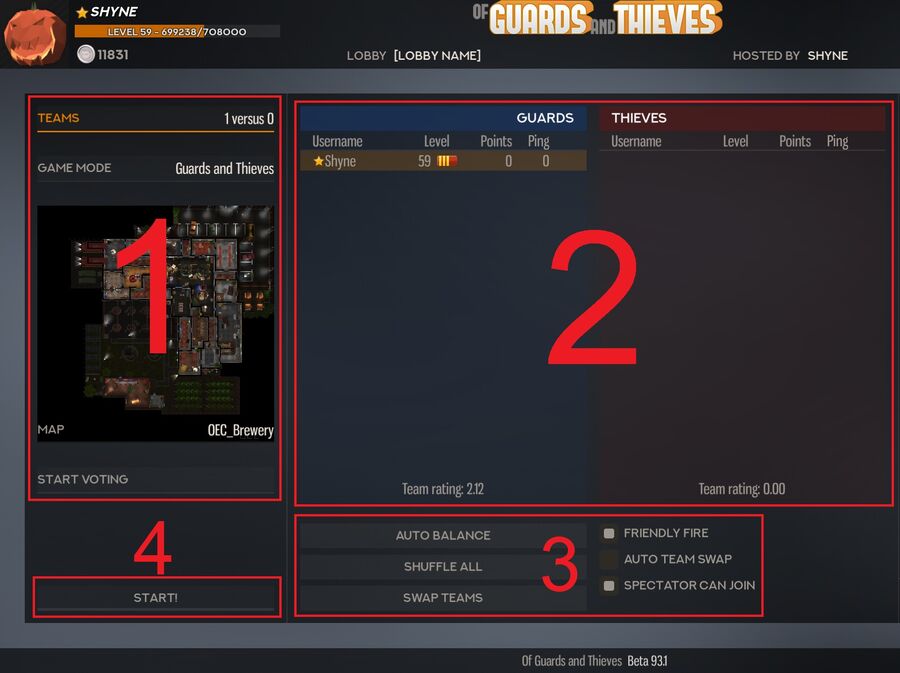 Once you are done editing your settings and ready to fight your friends, press the start button and let the fun begin !

All my friends can't join the lobby ![edit | edit source]

One of my friends can't join the lobby ![edit | edit source]

I can't join any of my friends lobbies[edit | edit source]

THIS IS STILL A WIP.